Ahhhhh, yes.  The whining and sniveling when Trump refused to play their "accept the results of the election" game.

You remember it, don't you?

Donald Trump: 'I will totally accept' election results 'if I win' 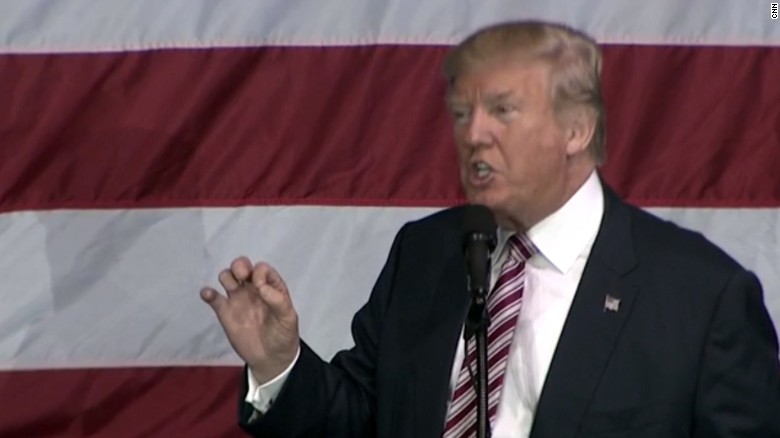 Delaware, Ohio (CNN)Donald Trump said Thursday he will accept the results of next month's election if he wins, a caveat that threatens to cast unprecedented doubt on the legitimacy of the electoral process.

Trump offered a stunning declaration during the final presidential debate that he might not accept the results of next month's election. In his first speech since the debate, Trump seemed to simultaneously double down on the stance he articulated Wednesday night while also trying to clean it up.

Trump argued forcefully during a rally here that he was being asked to "waive" his right to contest the election after critics slammed him for refusing to pledge to accept the results of the election the previous night during the final presidential debate.

Trump: I will keep you in suspense

"I would like to promise and pledge to all of my voters and supporters and to all of the people of the United States that I will totally accept the results of this great and historic presidential election, if I win," Trump told supporters here in his first comments since the final debate.

After raising concerns about voter fraud -- instances of which are extremely rare -- Trump also pledged to accept "a clear election result."

"Of course, I would accept a clear election result, but I would also reserve my right to contest or file a legal challenge in the case of a questionable result," Trump said. "And always, I will follow and abide by all of the rules and traditions of all of the many candidates who have come before me. Always."

Oh, the whining, sniveling, whaling and gnashing of teeth.  The rending of garments.  The ashes and sack cloth.

So, what do we get today?

This, of course, is a prime example of leftist hypocrisy.

The double standard.  The scum that is the left.

Under the circumstances, these same leftists who complained about Trump failing to drink their kool aid about election results, should be OUTRAGED!  They should take to the streets in protest!

They won't be, of course.  Most will cheer on this effort to overturn results they didn't like.

But had the shoe been on the other foot?  The leftists and the media would be trashing Trump and his supporters for anything approaching this.

And these scum who claim it has nothing to do with getting Hillary in and kicking Trump out have yet to explain why none of their chalenges have taken place in states that Hillary won.