As expected Michael Sam doesn't make it: Cut from the Rams.

The bogus experiments is over for now: As expected, Michael Sam didn't make it.

No one seriously expected him to make it: many of the comments on the multiple articles about this below average prospect have already blamed his proclivities for being cut: and, of course, the Rams deny that his sexual preference in any way caused any difficulty or issues whatsoever.

Does anyone expect that they, or any of their players, would say anything different?

$15 will get you $20: I bet the Rams regret the stupidity of drafting Sam today.

Face it: Michael Sam only gives a damn about Michael Sam.  And yesterday, he embarrassed himself, his team and the NFL.

The Rams wasted a draft choice on this guy... which is, of course, up to them.

But the fact is that with Sam, it was never about football: it was about Sam being gay.

The idea that Sam will ever be known as... or even thought of... anything but that "gay" player is simply absurd.  Folks: he simply isn't that good.

Everywhere he goes, the focus will be on his sexual proclivities... and not on the team.  The team that's supposed to come first, last and always?

And when he's cut (And if his lack of effort, skills and abilities at the combine are any indication, he'd be lucky to make the FIRST cut if he WASN'T gay)  at the end of the day, the entirety of the gay lobby will be screaming that it's BECAUSE he's gay.

And for the players on his team, they're now set up by the no tolerance for diversity of thought squad, as illustrated already by this: 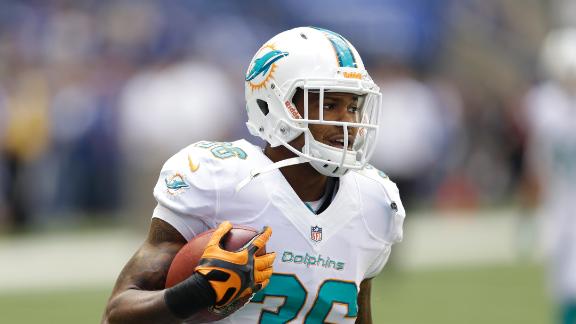 DAVIE, Fla. -- It has not been a banner week for Miami Dolphins players on social media.

Soon after Sam was drafted, Jones tweeted "OMG" and "horrible." Those tweets since have been deleted.

(More of this if you can stomach it.)

Of course, that was likely in response to the moronic, in your face (literally AND figuratively) display on video, below.

God help anyone... ANYONE... in the NFL who opposes this moron's public antics.

Do I find this kind of idiocy objectionable?

Of course I do.

Do I feel that way because this clown is gay?

Nope.  If he were a she, I'd feel the same way.  And this crap took place on camera because in addition to everything else, there seems to be juuuuust the tiniest bit of exhibitionist in this young man.

Remember: in football, it's SUPPOSED to be about THE TEAM.  And this embarrassment will never go away, particularly after this guy is gone.  And at some point, when he proves he can't cut the mustard... he will be.

Michael Sam was nothing special.  Had he not used his homosexuality to gain nationwide notoriety, it's unlikely we would have heard of him... like most of those released today.

And, had he quietly been drafted and then made a team, I would have respected him based on his accomplishments, and not based on his desire to be the gay useful tool.
at 17:54