Bully Winningham, ever the rank hypocrite.

It's frighteningly clear to the biggest outright liar I have ever seen in local politics since Tim "The Liar" Leave-it came on the scene.

But this kind of thing?

This kind of rank hypocrisy is rife among the fringe-leftists infesting us: 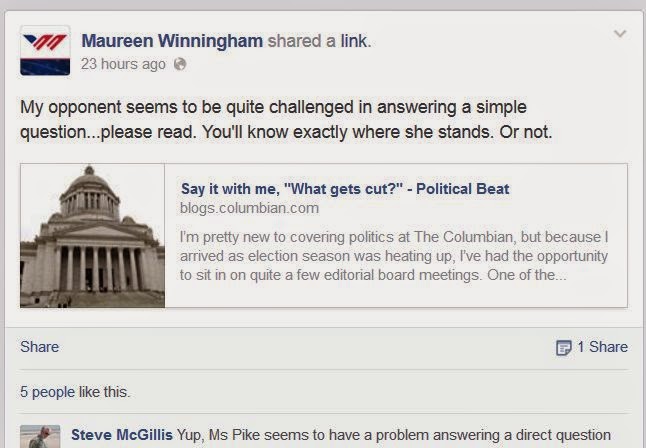 For several weeks in this lying cow's campaign, I asked her questions... questions left on her campaign facebook page.

For several weeks, I asked Mike Briggs questions... questions that were left on his campaign facebook page.

For several weeks I asked Bob Dingethal questions... questions that were left on his campaign facebook page.

And what answers did I get?

My questions were first ignored... and then, deleted.  Meaning I, as a prospective constituent, was meaningless to any of them.

And for this brain-addled liar to claim that our Liz can't answer "simple questions?"

This woman shouldn't even be let out without a keeper.

What a pathetic disgrace of a human being she is, let alone as a candidate.
at 10:55