As we all know Stephony is a liar. She has, in fact, lied about a variety of things for years.

So it's not surprising that she'd quote her hero, Third Reich Propaganda Minister Dr. Joesef Goebbels as she provides some free earned media for another member of the Downtown Mafia, Jim Mains.

If I'm not mistaken, this picture hangs in Lefty Lou's office. 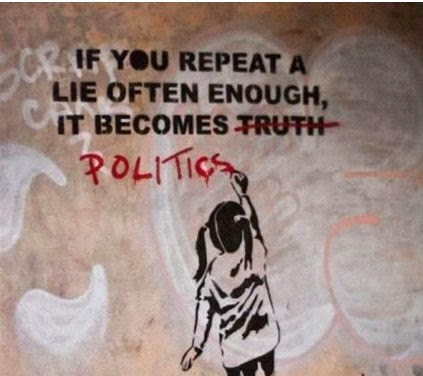 And who better to know than Stephony Rice?

Few people around here outside Stephony and her fringe-left buds live by this kind of garbage more than Phony.  Considering the issues she's lied about in the cancer on our community and the year's long lies of the CRC Scam that she so strongly supports, I must admit that she's achieved a new level of hypocrisy with this idiocy.

Mains has had his moments, because, I've been told that while he was destroying Marc Boldt's campaign (And how did that work out, again?) He repeatedly explained to those who were asking why I was opposed to Boldt's re-election that I was on Madore's payroll... which was, and is, an out and out lie.