Why Jesser and Gellatly are unacceptable for running the local party.

Jesser, for her part, is best known for among other things, quiting the Republican Women and then, in the tradition of a Gellatly enabler, starting up some other group... a group that received all of Gellatly's attention and several hundred of our dollars to the exclusion of the group that Jesser quit instead of finishing out her term.

And that is hardly the variety of "unifier" we need.

Her lapses in integrity include providing a statement to the Clark County Sherrif's office where she supported Gellatly's bizarre contention that he, Gellatly, was subjected to an attempted kidnapping at an eBoard meeting... as she claimed her terror of weapons... and then, a brief few days latter went out to the range to fire said weapons. Think of that democrat, Gabrielle Giffords, who has used her own situation to become a clueless antigun nut... and all of those pictures of her firing an "assault weapon" before that situation happened...

Jesser starts off with the gross exaggeration that Gellatly has a "leadership role" in the party which is utter nonsense.  He, apparently, is the guy that opens and closes the party office.

Big whoop.  Think of who he replaced.

But also, view this as the distorted view and efforts of communication we'll be liable to get every day from Jesser in the unfortunate event of her election.

Gellatly was outed as ADMITTING to felony drug use at a minimum and what did either of these two do to hold him accountable?

They did, however, support his bizarre effort effort to "trespass" his political opponents... as if such a thing was legal, ethical or moral.

They did nothing to force Gellatly to stop his divisive and moronic lawsuit against a PCO, a suit that has been long-rumored to have been paid for by someone NOT named David Gellatly in a misguided, abortive effort to shut up opposition to his continued tenure.

How'd that work out for him? 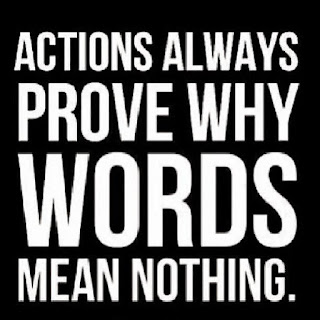 And I look at those endorsing this sickening effort to continue the disastrous Gellatly tenure beyond his departure... the same group of enablers who falsely try and claim they're "conservatives" when in fact their reactions to the various aspects of the disaster of Gellatly's continued embarrassing tenure was not to hold him accountable, but instead, to vilify those opposed to his horrific, narcissistic tenure while they DEFEND the actions of this embarrassment to GOP politics...a man who would have been forced out of office in ANY other political party organization using the letters "GOP"... and who, had they vetted him, never would have been allowed to have the job in the first place.

I look at the massive puff-piece Jesser is shoving around at there, and I ask myself: What leadership experience is listed there?

Other than the obvious lies ("Solid conservative?"  It never ceases to amaze how those most obviously RINO refuse to acknowledge that fact; instead, falsely claiming to be "conservative.") WHAT "leadership?"  What has she done except to enable perhaps THE worst chair this party has ever known?

There may be many names for that insanity, but "leadership" is not among them.

For example, look at the list of those endorsing these two.

Ann "Gas Tax" Rivers, responsible for the biggest property tax increases we've ever seen imposed by the state, hired by a democrat campaign firm, Strategies 360, while a "REPUBLICAN" senator "negotiating" with the WEA to ram those massive property tax increases down our throats, and then lying about how our taxes were actually going to go DOWN as a result of her efforts.  Not to mention her betrayal of her district and this County by running on a platform of opposing gas tax and tab fee increases... only to vote for them in a successful effort to jack up our price at the pump by 12 cents per gallon and almost double our tab fees.

And who can forget Rivers' decision to blame Peter VanNortwick as a result of HER efforts to cause our property taxes to explode? 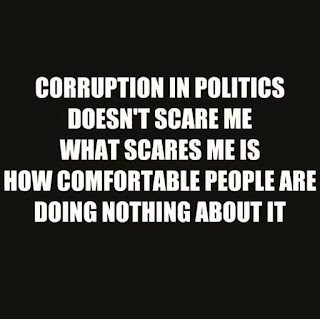 Lynda "Property Tax" Wilson, who helped Rivers ram those increases down our throats and ALSO stood with Rivers as they both lied to local PCO's as explained here over this same issue, claiming that "I just want you to know that every one in Clark County will be receiving a property tax that's going down."

How'd that work out for us?

Those endorsing Jesser have done more actual, measurable damage to this party and this county than anyone.  And there are those who want to continue that level of incompetence for another 2 years?

Those endorsing Jesser stand as testimony of supporting everything wrong with the past two years.  A tenure of lies, deceit, self-aggrandizement, and the view of an out of touch "leadership" that this organization is their own, personal, fiefdom.

That's not how this works.

That's not how any of this works.

If two more years of a proven record of division, of infighting, of lies and incompetence are what you want, then by all means: stick with the RINO establishment of do-nothing people who blame everyone and everything else for the issues confronting the party now... as if THEY weren't running it when it happened.

Jesser offers up no special talents or history to make her worthy of the position of party chair.  She has, sadly, provided a history to show just the opposite.

If the "buck" doesn't stop with those who were in the "leadership" of the party during Gellatly's horrific tenure, then where DOES it stop?  And the insanity definition applies:  Electing those two for these positions as well as Mattila for his own personal crusade to be a Trump delegate... again... while expecting a different outcome?