There are certain things in political life that are completely and utterly predictable.

1.  Anyone opposing the disaster of Druggy Dave's continued involvement with the local GOP in ANY capacity, let alone chair, they are:

Bring in "extremely young children" to the attack on social media.

Resulted in serious "legal issues" (That Druggy Dave himself caused)

And anyone "not involved in the actual party here" doesn't know what they're talking about.

2.  When confronted by those who want him out, they are:

Get their strings pulled by others (and who better to know than a tool like Druggy Dave?  His strings are ropes and they look like they should belong on a 3-masted sailing ship they get pulled so much.)

Are not good people, since they are, Druggy says, breaking the law to bully people (Which is rather ironic since Druggy has been shattering the law by threatening, lying, exaggerating and attacking anyone who wants him out.  Druggy seems kinda surprised that when he goes after people... people tend to fire back.)

3.  So, how does Druggy Dave react to those wise enough to want this tool gone?

He ignores his primary job (campaign against democrats) to focus his time, effort and energy... and someone else's money... to attacking anyone who opposes him.

He acts like a whining little punk on the playground.

He actually calls the sheriff's office to try and get them arrested.

He insults and belittles many who know so much more about politics, both local and otherwise, then he ever will be claiming they're "not involved, so they can't know."

Well, as much as this moron posts when it comes to his sniveling, deflecting, blaming and other Captain Queeg-like control of the local GOP, just about anyone who can even SPELL the word "politics" knows.

His most recent effort was to alienate the President of the Clark County Republican women, Brook Pell.

Like the paranoid schizoid Captain in The Caine Mutiny, Druggy Dave is incapable of accepting blame, taking responsibility for his actions and, of course, he feels compelled to attack those smart enough to oppose his brain-damaged tenure the same way HE claims to have been attacked.

That Druggy has engaged in far worse?  That he's threatened, attacked, exaggerated, lied, tried to humiliate people (This scumbag, for example, actually claimed *I* had been given a dishonorable discharge for having an affair with my former commander's wife) does not stop him.

His acknowledgement of his drug use WHILE chair of the local GOP only came about because of overwhelming evidence.

His support by a strip club manager speaks to his obvious objectification of women tells a tale about another subject: 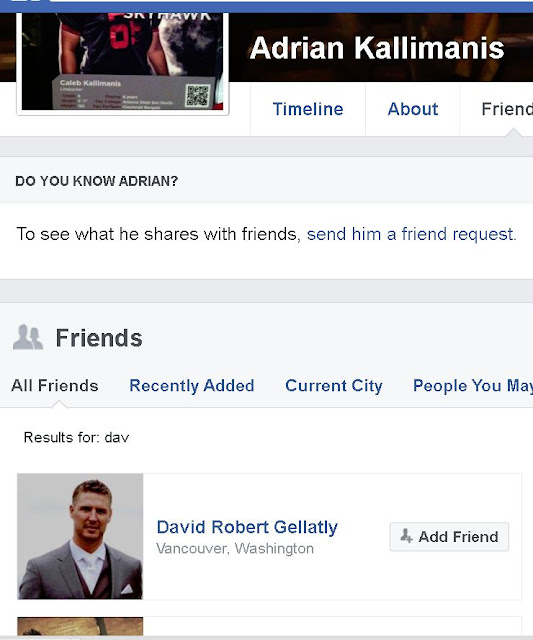 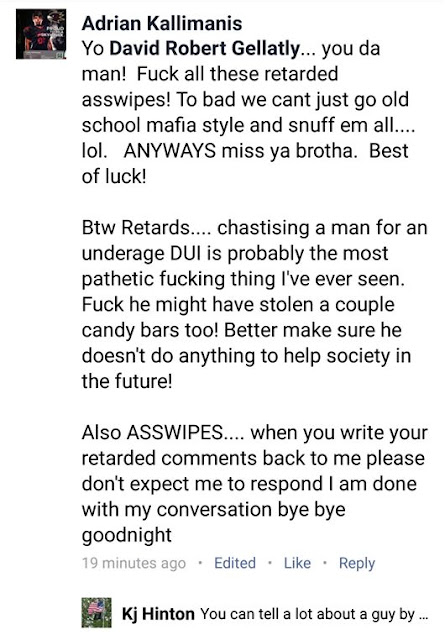 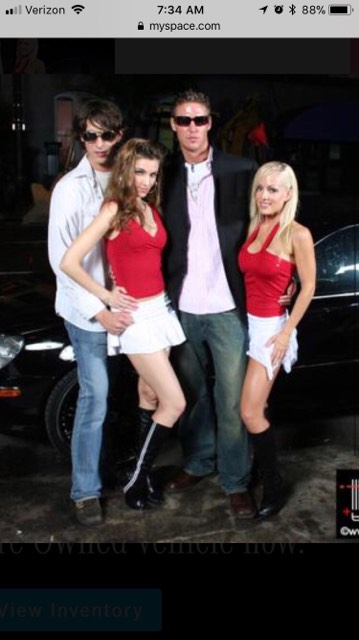 The RINOs running the GOP see this clown as a tool.

And it's to our misfortune that he insists on acting like one every chance he gets.

However, in a few months, we will get rid of him and then set about to try and fix the damage and the huge debt this idiot left the local GOP by failing to show up at a hearing that resulted in a $72,000 debt that will cripple many candidates who foolishly depend on local money to help them get elected.
at 10:32

Has Chairman David Gellatly ONCE cited ANY *specific* statement on said websites and/or billboards which is false? Just ONCE I would like to see him cite ONE PIECE of unprotected speech or falese statement from said sign or website.