“How can you stand for the national anthem of a nation that preaches and propagates, ‘freedom and justice for all,’ that is so unjust to so many of the people living there?”

Colin wants to know.  So, I thought I'd help him out:

This is Sergeant Noah Galloway.  Seems he lost his left arm and left leg over there somewhere.  Maybe this punk Kaeperpick might help him find them.

This is US Senator Tammy Duckworth, a leftist of some renown.  She lost both of her legs and partial use of her right arm as a consequence of being shot down while flying her chopper in Iraq.  While I despise her politics generally, there's little doubt that she has sacrificed a great deal for this country. 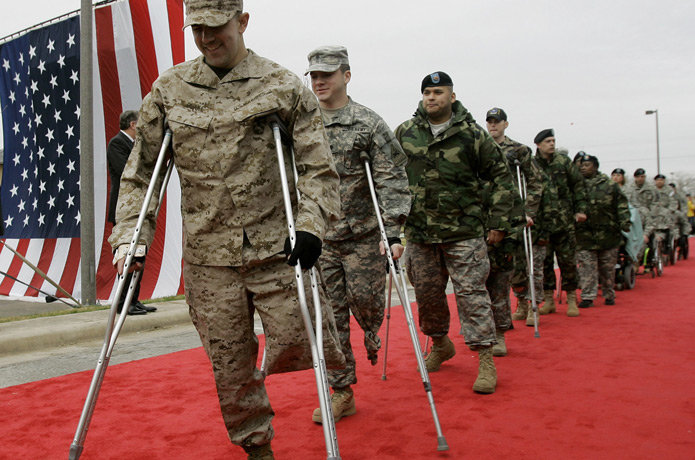 I don't know who any of these troops are.  But I think that any one of them could answer Pick's question.

As it turns out, he's having a tough time finding a job playing a game.  Many of these people and thousands of others have a tougher time walking to their front door.

But my guess is that every one of them... except maybe Duckworth, but she's a leftist and that's to be expected from one of them.

But she has paid for her right to act any particular way she wants.

What have you paid, Pick?