Memo to the legislature: the time has come to crush the can.

Because of the rag's fringe-left, pro-WEA bent, it's no surprise that the democratian lies about the legislature's "requirement" to kowtow to the State Supreme Court.

There's a huge difference between what the rag, the leftists and the WEA wants... and what the legislature has to provide.

There is no requirement for the Washington State Legislature to do anything that any other branch orders them to do.

And the rag's incessant, "holding my breath until I turn blue" Gregorian-style chant doesn't change that.

I don't really care what the Court has written on this issue.  What I care about are that the branches maintain their co-equal status as delineated under the Constitution of this state, which does not contain any mechanism of enforcement for state supreme court decisions combined with any requirement that the legislature do what they're told when the Supreme Court tells them to do it.

This, then, isn't a matter of "kicking the can down the road," as the rag so cutely labels it; it is, instead, a matter of crushing that can so that the Court never, ever interferes with the legislative process again.

The first step is to cut the court to the Constitutionally mandated 5 justices.

The second is to defund the court.

The third is to actually, legislatively, define precisely what the phrase "paramount duty" means.

In short, take it out of the hands of these clowns and if necessary, refer it to the people of this state as a referendum... since the people are the source of ALL political power in this state, and not 9 leftists who all live within shouting distance of each other in the Puget Sound region.

Look... I'll be the first to acknowledge that the Court has a place in this state: but their job isn't to make or force legislation, which they have zero power to do: their job is to interpret the laws, period.

Now, appointing Sen. Ann "Gas Tax" Rivers as the point man in the senate for this issue is troubling, since her gas tax/tab fee increase vote and efforts have shown that she has zero problem selling out the people of her district and her state.

In the end, ANY hoop the legislature jumps through held up by ANYONE not the people of this state, results in their power being ceded to others, never to return.

And if these idiots cave to the Court on this... where does it end?

What if the Court unilaterally decides that our lack of a state income tax is somehow "unconstitutional" and then orders the legislature to implement an income tax?

Why even HAVE a legislature?

The ultimate arbiter of the effectiveness of the legislature on ANY issue is the voter.

The voters put them there; the voters can get rid of them.

And in this instance, what the legislature does as their "paramount duty" is none of the Court's business.

Like so many other things the rag is aware of but chooses not to mention... (Recall the CRC, where the Oregon State Supreme Court ruled that the entire purpose of the CRC Scam was to get loot rail into Clark County...) but have failed to ever mention, they know that the Court has no power here to enforce this edict... their constant whining to the contrary notwithstanding.

These columns, then, are not being done out of any basis but their fringe-left bias, well established during the reign of Lying Lefty Lou Brancaccio... who only tells you what he wants you to know.

But so far, to our despair, he's been quite successful over it. 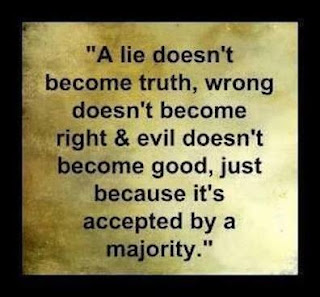 Giving the devil his due, his herd of sheep are much better prepared and organized than the average GOP voter, and they have a much broader footprint, of fake/RINO Republicans who always do what they're told (remember the election of democrat Marc Boldt last November as they crapped all over their party, for example...) and leftists which, combined, outnumber everyone else.

RINOs around here are driven by the same hatred of conservatives as the C3G2 haters.

So, I get why the democratian keeps recycling this garbage over, and over, and over again: their Goebbelian shtick of  telling a lie long enough, loud enough and often enough for it to become the truth has borne them fruit so there's no reason for them to stop... save for the principle of what journalism is SUPPOSED to be, I can actually hardly blame them.

But on this... as in so many other areas... they are dead wrong.

And also on this... as on so many other things... they don't care if it gets them what they want.

So, yes... it's no longer time to kick the can down the road.

It's time to crush it.

KJ it is good to see yoi still posting. I hadn't heard much about Ann Rivers since she used to work with you in the political arena. :)