So, I was wondering what Marc Boldt might have had to say on his campaign web site...

(Full disclosure: Marc Boldt is my brother-in-law and I was his Legislative Assistant for almost 6 years.)

Interestingly enough, he hasn't updated it yet, so he's still running for 2008.

Not surprisingly, his fellow democrats endorsed him... and in 2006, that's the year HE endorsed democrat STUART against fellow Republican, 3 year room mate and desk mate in the House of Representatives, Tom Mielke... 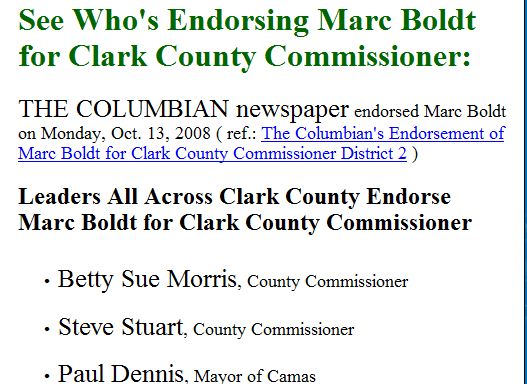 Turn about being Fair Play, Marc endorsed STUART in his last election in 2010:

But most interesting of all? 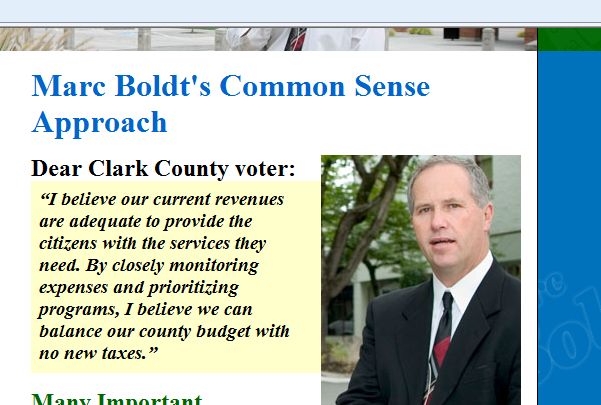 For the record.... what he "believed" ultimately bore no resemblence to the reality.

Marc Boldt has increased... and supported the increase of taxes and fees every year since his last re-election.  Weird how soon he blew off that promise, and how meaningless his words have become... isn't it?

I look forward to his efforts to explain specifically what he, personally, has EVER done to stop loot rail from coming over here.

In fact, anyone reading this knows damned well that Boldt has done everything HE can, just like the other democrats, TO bring loot rail over here.

Looks like he's much closer to being a Tim Leavitt than I thought.

And the heading over this crap?